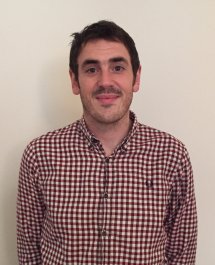 Tom is an author and journalist from London. He is the co-writer of three critically acclaimed Young Adult novels: LOBSTERS (which was shortlisted for The Bookseller's inaugural YA Book Prize in 2015), NEVER EVERS and FRESHERS (nominated for the 2018 Carnegie Medal). He is currently working on his first Middle Grade book, to be published by Chicken House in Spring 2021. His solo adult debut novel is the romantic comedy ALL ABOUT US (HQ/HarperCollins, published October 2020). His second adult novel will be out with HQ in 2022. His books have been widely translated and are published in 20 countries.

He is a regular contributor to Viz comic, and has also written for publications such as Cosmopolitan, Empire, Evening Standard Magazine, The Daily Mash, Glamour, NME, ESPN, ShortList, Time Out London, Vice, Stylist and many more.

The Cartoons That Came to Life

Finn loves drawing comic strips featuring his two cartoon heroes, Arley and Tapper. But after being teased at school, he finds he can't draw them any more - and is shocked to see them climbing out of his sketchbook for real! With the help of his friend Isha, Finn needs to find a way to draw them back to their comic world - and quickly...