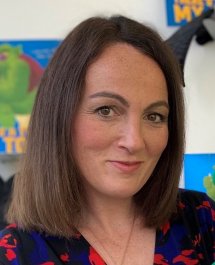 Catherine Jacob is a writer, award-winning television correspondent and Mum to three small children. Her first books, There's a Troll on My Toilet! and Santa's Special Gift, were published in September and October 2019.

As a news correspondent at ITN's Channel Five News, Catherine won the Monte Carlo TV and Film Festival's Golden Nymph award for Best News Item for her investigative film, 'The Shipbreakers of Bangladesh' and was a finalist in the Royal Television Society's Young Journalist of the Year. She was also Environment Correspondent for Sky News, travelling to far flung places like the Amazon and the Arctic Circle to report on this pressing issue. She is now freelance so she can devote more time to her children and her writing. Catherine now lives in York.